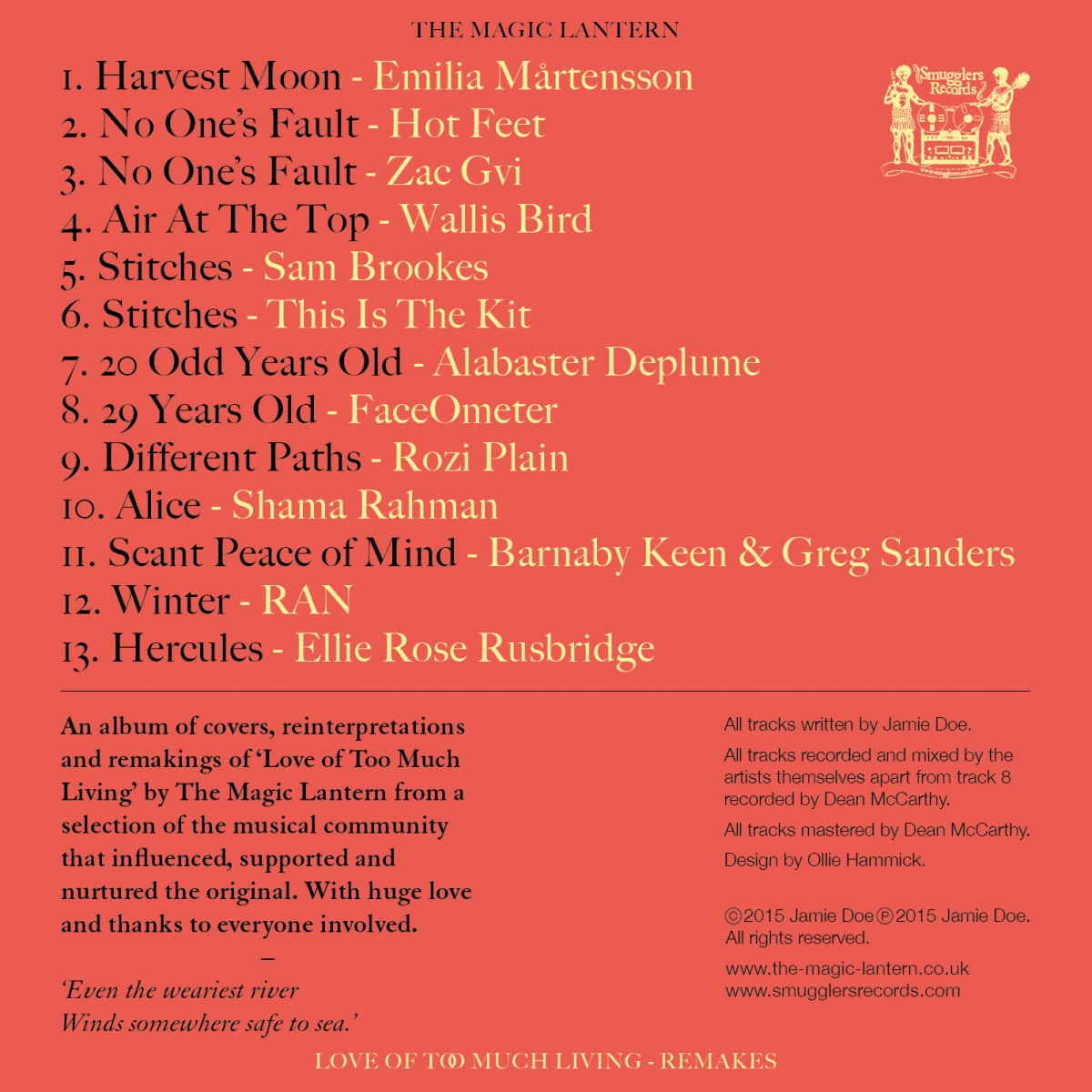 One of the great joys of doing what I do is the inspiration and love I draw from the other musicians around me. We’re like a family, we don’t all agree all of the time, but we’re there for each other when it matters, and the respect for what we each do, however different, runs deep.

For the past three years, I’ve spent most of my time playing alone, and the last album ‘Love of Too Much Living’ was very consciously a record I wanted to, needed to, make on my own. But once it came out, and having played these songs hundreds of times over the last year, I started to hear the relationships implicit in this music and the musicians around me. I am delighted to say that the product of this exploration is a record of ‘reinterpretations and reimaginings’ of my songs from ‘Love of Too Much Living’ by some of the members of this diverse musical family of which I am lucky enough to be a part.

It has been a revealing, emotional and at times overwhelming experience to hear my songs remade in such different ways, by people whose own music is a constant inspiration to me. I can’t thank all the artists involved enough.

I see this record is an act of love, a demonstration of the communities we build around us, what they mean and why they’re important. As such all proceeds from the sale of the record will go to a charity that’s very close to my heart – the Campaign Against Living Miserably (CALM). Check out their work. 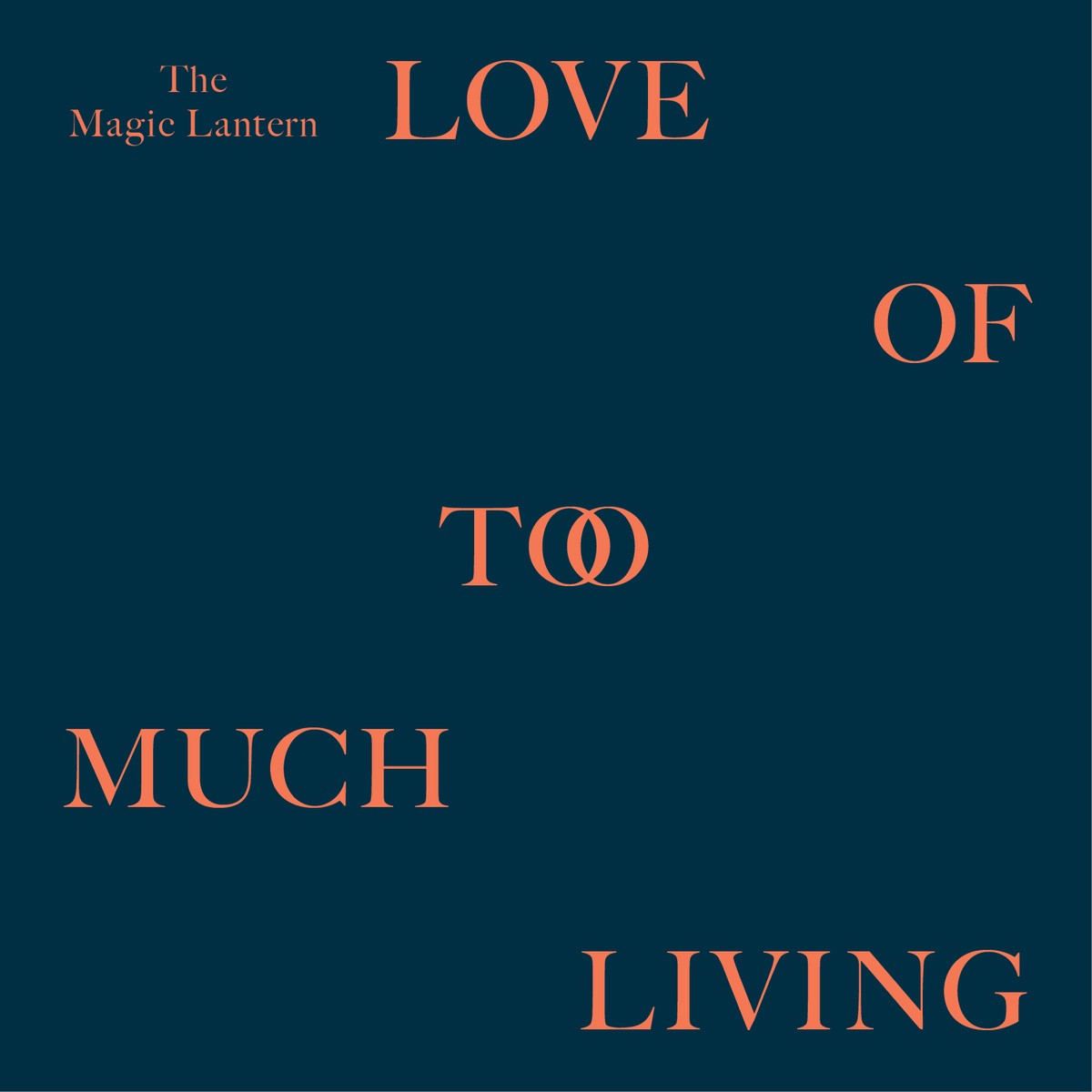 We are each of us in a process of becoming, with all that that entails however painful or uncertain. Leaving aside the seemingly paradoxical alternative of quantum mechanics, for the most part we cannot be in two places at the same time. And so coming to terms with what we’ve left behind becomes the essential act in understanding why we are where we are and in trying to chart our future course.

So far, so obvious. But these are fast moving times and in our near perpetual interaction, picking out what is significant is a struggle historians of the future will burden them- selves trying to understand. That is to say, only as the light of a particular period begins to fade can we start to unravel any of its broader significance. In the meantime, all we can do is our best, knowing that tomorrow hindsight will judge what we did today.

Love, loss and doubt remain human constants and however attractive the digital perception of ourselves as fun-loving, empowered consumers may be, it can’t shake the very analogue reality of blood and bone human beings, our search for acceptance and a meaningful frame of reference. ‘Content is king!’ they say, well good for them – but in the hailstorm of information, creating and recreating oneself is just as difficult as it’s always been.

When I was a kid, my dad used to tell me a poem, always the same one. It seemed impossibly mysterious as a child, but as I grew up it took on real significance and whenever the world threatened to close in, the words would come to me. When I left home, ten years ago now, the poem came with me and its been with me ever since along the sometimes bumpy journey of growing up and becoming a man. I discovered some years ago that it was in fact one approximately remembered stanza of a much longer poem called ‘The Gardens of Proserpine’ by Algernon Charles Swinburne.

As a whole the poem is beautiful, telling the story of Persephone and her garden of ever flowering poppies, but for me the stanza as I learnt it from my dad remains elemental:

From love of too much living         From hope and fear set free We thank with brief thanksgiving         Whatever gods may be That no man lives forever          That dead men rise up never And even the weariest river         Winds somewhere safe to sea.

Deep love and thanks to my family, friends and fellow musicians for all your support over the last few years. Special thanks to Max Jones who gave me the confidence to make this record and whose dedication to living life beautifully is a constant inspiration.

This album is dedicated to Alice Bayer, mit Liebe, and to Richard Church, out there somewhere, guitar in hand, showing us how its done.

Here’s to what we’ll become. 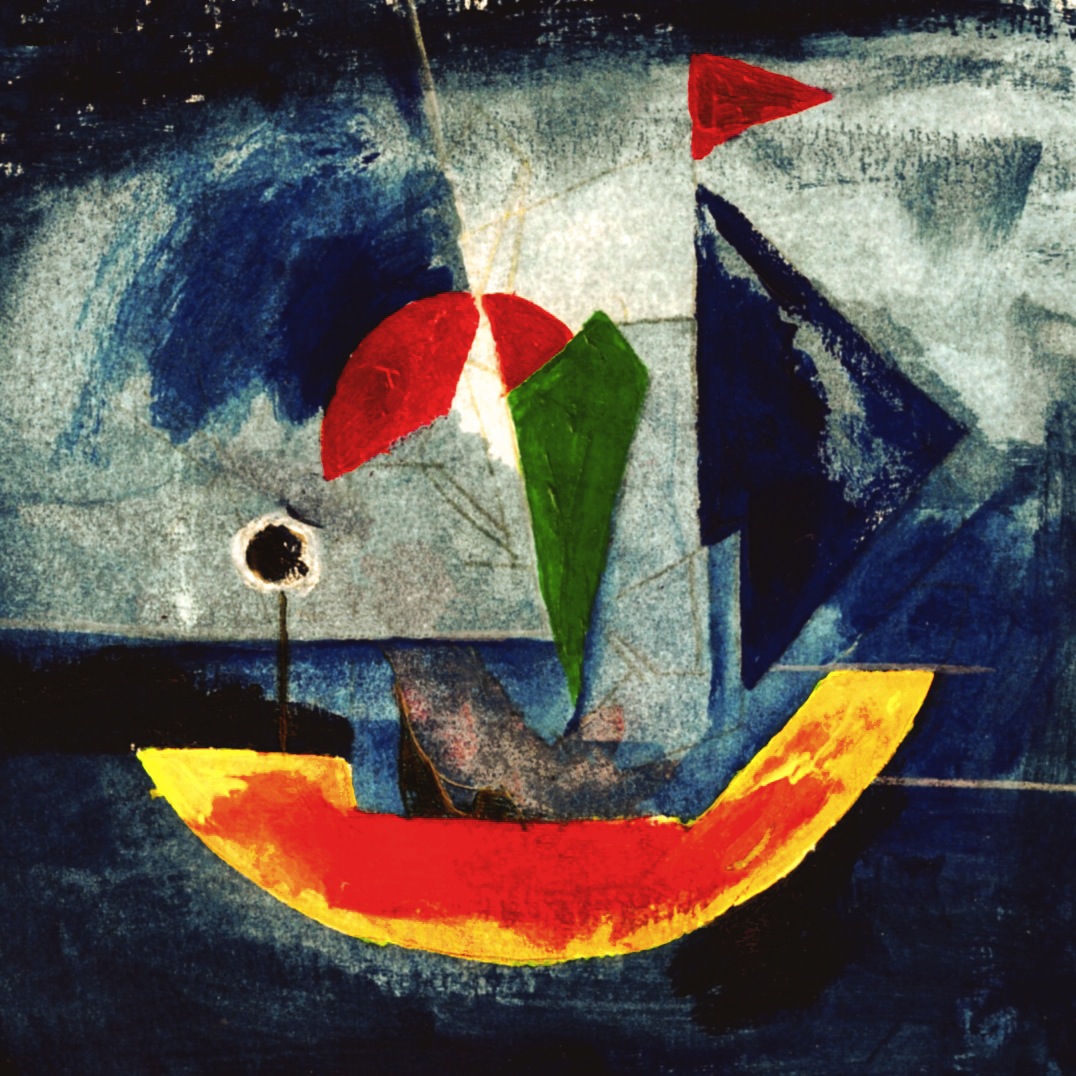 The total amount of energy in an isolated system remains constant over time. A consequence of this law is that energy can neither be created nor destroyed; it can only be transformed from one state to another. Nothing comes from nothing. Creativity doesn’t exist in a vacuum. We take inspiration and energy from the world around us and transform it into songs, stories, films, photos, paintings, buildings, sculptures, ideas, conversations and every possible hair brained scheme imaginable. But how fragile the creative process and the creators! Once planted, seeds need nurturing and love, lest all their promise, beauty in potential, wilt in the crowding, claustrophobic jostle for the light.

We need support. An oak tree’s roots are twice as long as the tree is high – for every creative project, there’s a root network of friends and lovers, family and fans, teachers and students, who keep us grounded where the wind would have us on our sides. This band, let alone this album wouldn’t exist were it not for the continued love and support of those chemical bonds that bind us together, taking individual atoms to make stronger, more vibrant and creative molecules. To see a world in a grain of sand, each one identical until you really look, is an act of faith. We hope to start repaying that faith here.

This album is dedicated to our friends.