Archive for the ‘Main Posts’ Category

As summer ends and autumn leaves start to fall, I can’t quite believe that there are only 25 days and counting until the album is out! I cannot wait to finally release it into the world and share it with all of you who have been so patient throughout this whole beard growing/beard shaving, mixing/re-mixing, tinkering/tonkering process. I hope you will feel that it’s been worth the wait!

The fact that it’s taken so long to get to this point, means that I’ve been quite overwhelmed to hear people connect with the album thanks to some fantastic radio support from Lauren Laverne on BBC 6 Music  – “very, very special”- , Nick Luscombe at ‘Late Junction’ on BBC Radio 3, Mark Radcliffe on the Folk Show on BBC Radio 2 – “an exciting young talent”  – and Stuart Bailie on BBC Radio Ulster – “beautiful”. You can hear Lauren Laverne talking about the album and playing ‘Different Paths’ on Tuesday’s BBC 6 Music Recommends show here (at 24mins).

The album will be released officially on Monday 29 September with some secret happenings to celebrate! Join me! – more to follow via twitter @magiclanternuk

I am most excited however to invite you to the launch party, hosted by the Nest Collective, on Saturday 4th October at St Mark’s Church Hall in Dalston, E8 2LG. Support comes in the very singular form of Manchester’s finest, Alabaster DePlume, with champion wordsmith Wilf Merttens as master of ceremonies. It’s going to be an extremely fun night and I really hope you can all make it.  I may well be a little emotional. It’s a good idea to get your tickets in advance to make sure you can make it. The Facebook event & Tickets are available here

After the launch I’ll be heading out on tour, the dates are below. I would love to play some more house shows though, so if you would like me to come and play at your place and I won’t be coming through on the tour, let me know and I’ll try and arrange it!

Finally, I would love to ask for your help in promoting the record by ‘liking’ and ‘sharing’ the links and using the hashtag #lotml if you can. Thank you!

Big love, thanks for all your continued support and hope to see you at the launch!

Forward Where The Knocks Are Hardest

It has taken such a long time to get to the point where this album is almost out that i’m quite overwhelmed that it is starting to creep out there into the world and people are getting it. Massive thanks to Stuart Bailie for being the first to play ‘Harvest Moon’ (“rather lovely and quite beautiful”) last night on BBC Radio Ulster! You can hear the show again here, Harvest Moon is at 1hr 16mins. Amazing that Lauren Laverne played ‘Air At The Top’ twice in week and being so behind it – i love being compared to Randy Newman. So happy that Nick Luscombe played ‘No One’s Fault’ on BBC Radio 3 Late Junction last week (one of my favourite radio shows) and so so pleased that Mark Radcliffe played ‘Harvest Moon’ on the Folk Show  BBC Radio 2 last week too (“an exciting young talent”). Onwards!

‘Air At The Top’ on BBC6 Music Lauren Laverne!

I’m over the moon that Lauren Lavern played ‘Air At The Top’ on her BBC 6 Music show yesterday morning – the first radio play from the new record. She said lots of lovely things including that it reminded her of Randy Newman (ace) that it was a ‘very beautiful track’ and that the record was ‘very, very special’. I’m blushing now. You can hear the show again here, ‘Air The Top’ comes just after Richard Hawley at about 21mins.

The tired warmth of coming home

Just returned tired but elated to London after an epic few days have taken in singing in Stroud, County Sligo in Ireland – see the photo of the wreck i passed – and finally playing in Scotland for the first time at the Electric Circus with Jane Blue & The Hunters (see photo) and Gwennie & The Old Accord – a really wonderful night full of music, thick accents, discussion on the relationship between art and science (check out the great work they do at www.ascus.org.uk), late night drinking, early morning rising and finally a long train ride transecting a great swathe of this beautiful, paradoxical country. Next monday is the final sequencing session for the album after which i promise it will be done forever and I will soon be able to announce dates for the October and November tour i’m doing round the UK and Europe. I’m getting super excited about playing in Glastonbury next week and trying to find time to dust off my organ chops to play at my sisters wedding in two weeks – i’m going to sleep with a smile on my face. x

Its been a crazy little time and i’m just holding it all together which is my excuse for leaving it so long between updates. It’s been so good to get on the road and out of london and i’ve been lucky enough to do some great, great shows all over the place.

It all started with the lovely little tour i did with the amazing Firefly Burning where we headed to the Pheonix in Exeter. The venue is huge and the audience slightly more modest, word of our arrival clearly didn’t get around, but the show was amazing. The Pheonix has probably the best sound of any venue i’ve played in and together with a light show that wouldn’t have looked out of place at a U2 concert and the 25 people in the audience certainly had a spectacle. My good friend Jess McCallister opened up and her beautiful songs set the tone for an odd but wonderful night. Heading through the night to Bristol, i woke up in my favourite city only to get a last minute call from Dean McCarthy, who is mixing the album, to ask if I could fill play at in industry event he was hosting as part of record store day at short notice.

Being on tour and having no gig that night it seemed the only thing to do to get on the next train where upon i arrived at SAE and played to the sound engineering students following a very lively panel discussion with some record label execs and reps from record stores about the future of the music industry. Again, a weird gig, but i met the guy who runs the Truck shop in Oxford who invited me back to do an instore in the future so it felt like a mission well made.

Returning to Bristol to meet up with Firefly Burning again we played at the glorious Cafe Kino on Stokes Croft which always reminds me of the type of cafes you get in Berlin. A friend and local bristol songwriter Andi Skellam came and opened up and a lovely audience of friends new and old packed out the basement. Firefly Burning played an incredible set. We finished our tour back in London at the Gladstone in Borough. I’ve played there a lot in the past but its been a while since i’d been back but the gig was just a warm and friendly as i remembered. I only just made the gig on time and was still catching my breath when i started playing but for me the Gladstone gig was definitely the highlight. All in all a wonderful few gigs and a real pleasure to spend some time with the Firefly Burning team whose music is so intricately conceived but humanely and movingly put together, it was a real inspiration to play alongside them.

With a few days rest and practice I then went out on the road again with Sam Lee & Friends, supporting them on the first four dates of their tour to promote the release of their new EP. Sam, as well as being a totally lovely guy with a killing band with the most unique sound, was nominated for the Mercury Prize in 2012 so the tour was of arts venues around the country. It was amazing to go to towns such as Pontardawe and Cardiff in Wales, and Shoreham-by-Sea and Oxford to play in front of audiences of 200+ every night. It was a real indicator of what success in this sort of field could look like and it made even more excited to get this album out and to launch it on the world. Travelling around in the tour van was fun too, as all the band are friends from various musical scenes in London and it great to hang out in the country, talk about music and jam a little.

The Oxford gig was the last of the four i joined them for and it was in this incredible church, St John The Evangelist, a truly beautiful space with a great acoustic. Having spend so much time in Oxford recording and mixing the album is felt almost like coming home and Dean McCarthy, who i’ve been working with on the record came down which was great.

But what of this long awaited album i hear you say? Well, I’m getting close. It is nearly there. I had actually thought that it was pretty much finished but after listening to the masters against some other tracks i decided it still needed a few tweaks and we’re currently in that stage right now. If it takes a few more weeks, or even a month, so be it – it will sound all the better for it, and when its released on Smugglers Records in late september, all this stress and hassle will be forgotten (i hope).

So as i concentrate on finishing the album and getting the design together, i’ve been discussing ideas for videos with various directors and looking at dates for shoots which is all very exciting. In the meantime, the summer is shaping up to be a great one with confirmed dates at a bunch of festivals. Apart from festivals though i will be taking a break from gigging, particularly in London, before the album launch which i’m already planning – its going to be amazing. Thanks so much for all your support and love, hope to see you at a gig soon,

Love of Too Much Living 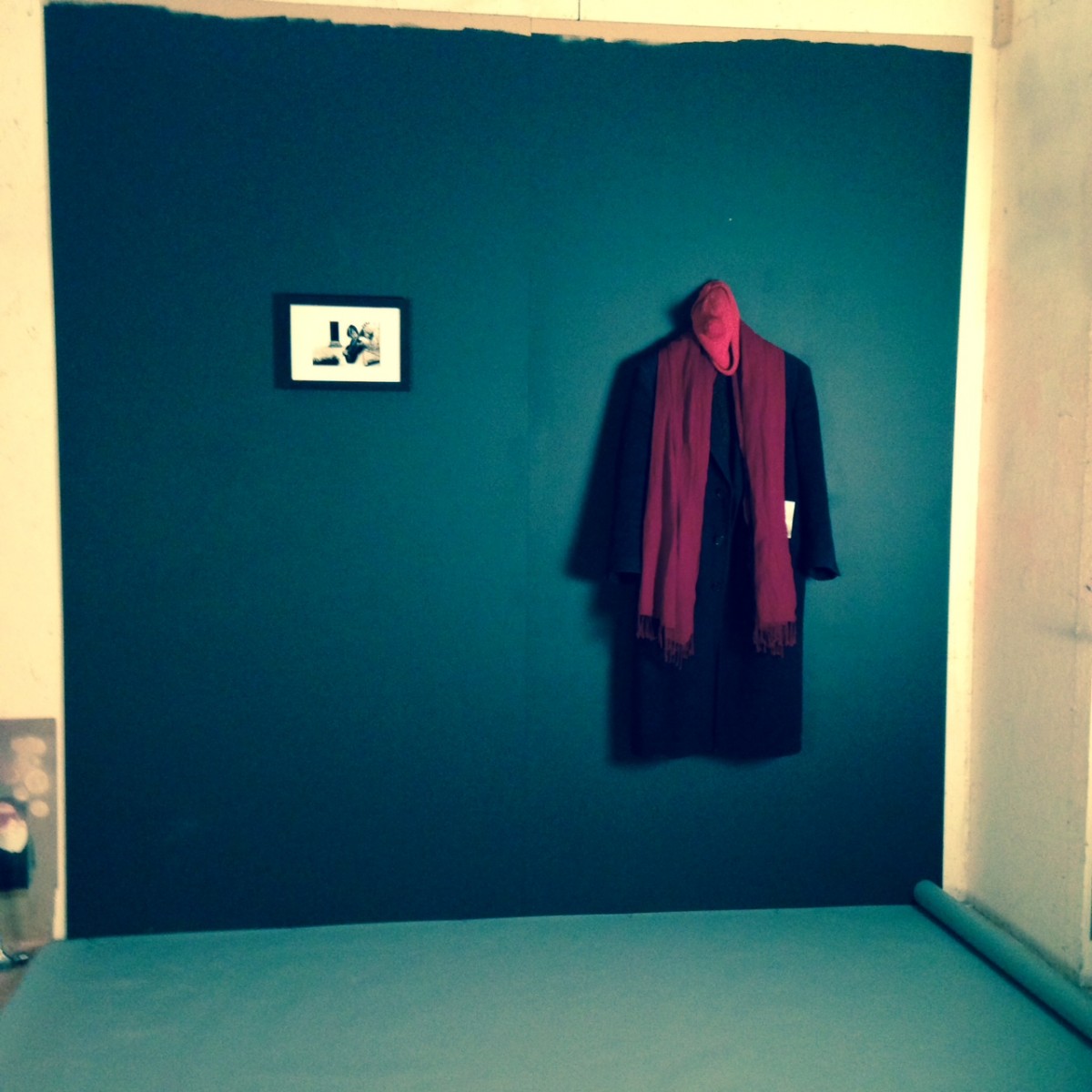 Pals. I went to Oxford last sunday and finished mixing the album! The design is looking sweet tour and the mastering is going to be starting next week. I’m putting some secret and very awesome plans together for september which i’ll announce when they’re ready…

But for now, i’m so buzzed to announce my tour dates for April and May – and i’m delighted to be doing some dates in April with the totally amazing Firefly Burning and then some dates in May with the incredible Sam Lee. Then the summer festival season starts, bring on the sunshine! Hope to see you at a gig soon! Big love J x x